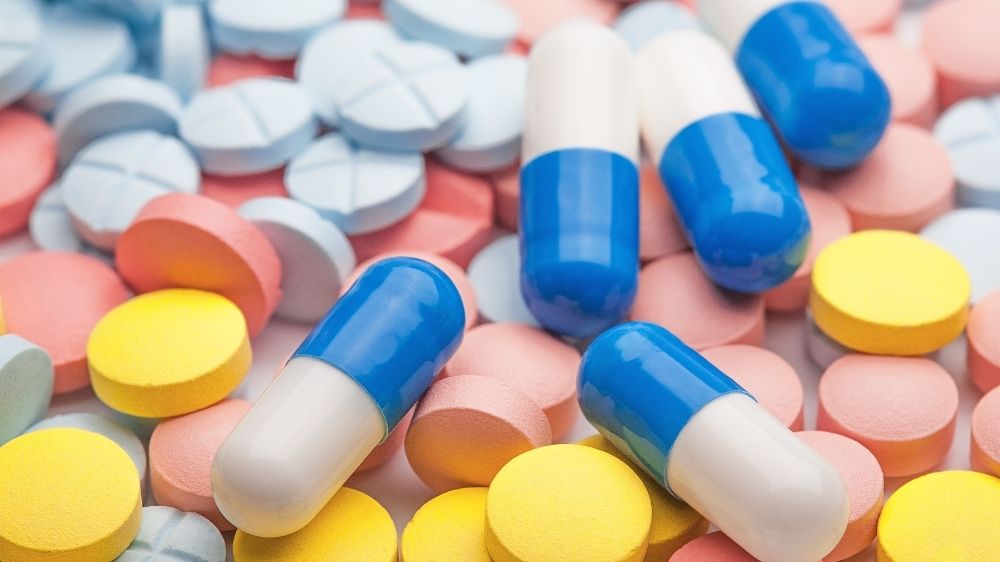 A former vet’s bid to be reinstated on the Royal College of Veterinary Surgeons (RCVS) register was rejected for the ninth time after he claimed to find the cure for covid.

Warwick Seymour-Hamilton, a self-described herbalist was struck off the register back in 1994 after his Orpington practice ‘showed a total disregard of basic hygiene and care for animals, and was such as to bring the profession into disrepute’.

Warwick has requested to be reinstated so his new herbal antibiotic (legibly effective against Covid-19) could be implemented fully. Mr. Seymour told the committee that he has been keeping up with veterinary developments online for 27 years, demanding that he speak with the prime minister about his covid cure.

‘When I came back to England thousands were dying. I could do a trial, but I need the prime minister’s permission. I’ve written to him 13 times and he’s never replied. Now those patients are dead. Who was right, then? I’m an expert, yet no [hospital] trust will go ahead with my work. They’ll tell me they’re not doing it, and now all their patients are dead.’ said Mr. Seymour to the committee.

The committee also heard about several incidents whereby Mr. Seymour had employed a minor whilst researching in Greece and spayed two cats in Calais albeit being struck off.

Although Mr. Seymour’s request was denied, he has vowed to continue his research.

The family of a recently passed veterinarian is spreading their story to increase awareness around veterinary suicide.

Dr. Jeff Sutarik, a veterinarian from Purdue University tragically passed away of suicide back in 2019. The vet had been struggling with stress-induced anxiety, which he was receiving counseling and medication for.

‘Jeff was like the Michael Jordan of veterinary medicine’ said Dr. Georgianne Ludwig of Lombard Veterinary Hospital, a longtime friend of Dr. Sutarik.

‘He had a lot of empathy for the client as well as the pet and wanted to be a healer and do whatever he could to help both the animal and client. We [vets] tend to be empaths, meaning we take on the pain and suffering not only of the pets but also the clients.’

It was these stressors, alongside others which drove Jeff to a dark place.

The Sutariks hope to spread awareness about this issue by sharing their story with others. They have also set up a charitable fund called ‘Make A Wag’, which aims to help elderly people pay for their animal’s medical care.

‘He would be so sad when old people would come in who couldn’t afford medicine for their dogs’ said his mother Pat.

‘It was so important to him to make sure that older people had companion animals.’

Influx Of Veterinary School Developments Planned In The UK

Several veterinary school plans have been proposed in the UK in a bid to bridge the veterinarian skill gap.

The latest project, announced by the University of Central Lancashire, is set to be built at the university’s Preston campus, accommodating 40-50 students in the autumn of 2023.

Other projects, including one in Scotland, Wales, and Northern Ireland have been planned too. Many of these proposals were announced in the aftermath of Brexit- as many feared the lack of EU-born vets would worsen an already deficient sector.

Although many vets and academics are optimistic about the rise in veterinary interest from students, not all are certain about how effective vet school developments will be in managing the veterinary skills gap.

‘There’s a massive crisis here at the moment’ said Dr. Nick Lloyd, president of the Society of Practising Veterinary Surgeons.

‘There’s a lot of people who want to be vets who’ll go to these new schools and pay the fees, but they’re not staying in the profession’ he said.

‘It seems a significant factor is a mismatch between expectations and reality.’

Veterinary Unions In The US Make Variable Gains

Veterinary support staff unions have seen variable success over the past few years.

Since the formation of the National Veterinary Professionals Union (NVPU) in 2017, five veterinary hospitals have joined the movement- to varying success.

The NVPU (which affiliates with unions formed at a hospital-level), seeks to organize and negotiate for better wages, working conditions, and benefits for veterinary workers. Some of the unions under NVPU took a hit during the pandemic. Two of the five unions dissolved as a result. A third union, at a Bluepearl hospital in Seattle, is entering its third year of negotiations amid staff shortages and closures.

Only one union, at Columbia River Veterinary Specialists, has managed to agree on a contract.

Union organizers say Covid-19 is primarily to blame for the recent setbacks:

‘So many people want and need the help of a union, but the extreme burnout secondary to the busyness that everyone is dealing with makes the idea of organizing difficult for many’ said NVPU president Liz Hughston.

‘I believe we’ll come out of the pandemic into a world where organizing looks more and more attractive to employees of corporations that didn’t listen to or take care of their people during the pandemic’.

‘In addition to attending to the death of an animal patient, contemporary veterinarians must manage emotionally distraught clients [as well].’ the paper stated.

Researchers found that vets who didn’t meet clients’ expectations during the euthanasia process could inadvertently worsen the grieving process. This can lead to clients lashing out at veterinary staff or practice owners out of frustration. Clients who have especially close bonds with their pets may especially struggle during this process given societies’ different rituals/attitudes toward pet death. This is referred to as ‘disenfranchised grief’, as their feelings are not legitimized by society.

To cope with this, clients in this category often turn to vets and veterinary staff to validate their feelings. This can backfire when vets lack the adequate training, time, or energy to act as consul.

In light of this research, DVM 360 recommends that practice owners train their veterinary team to appropriately deal with clients during the euthanasia process. Pet loss training can be particularly good, particularly for those who have a lot of euthanasia appointments.

With many practices inundated with clients, finding the motivation to give every case your all can be tricky (even during a typical week!).

Although fluctuations in productivity are normal, as a professional who constantly needs to be ‘switched on’, having tangible strategies to increase output can be beneficial.

We have listed some below.

Oftentimes, vets can waste valuable time and energy on ‘low-level’ tasks, such as admin or cleaning. These repetitive and time-consuming activities can hamper overall productivity by tiring out vets during the day. Therefore, laying down distinct boundaries of what you are happy to do, and what you are not, can be good for reserving energy for those high-value tasks.

Turn Off Those Pesky Notifications

Although most vets probably don’t have much time to be on their phones, it can be tempting to pull them out during lulls in the day. The problem with doing this is that it can interrupt the flow of your day, making it harder to get back on task. This is why turning your notifications off during practice hours can be useful for bolstering productivity.

Be Mindful Of Your Capabilities

Maybe you have kids who wake you up at night, or perhaps you are just feeling burned out and tired. Whatever you feel during the workday, that is ok. No one will feel energized all of the time, and recognizing your ebbs and flows of energy can be useful when planning your day. If you find yourself tiring during certain times of the day, or after certain procedures, try and give yourself a task to do afterward which will help you recharge.