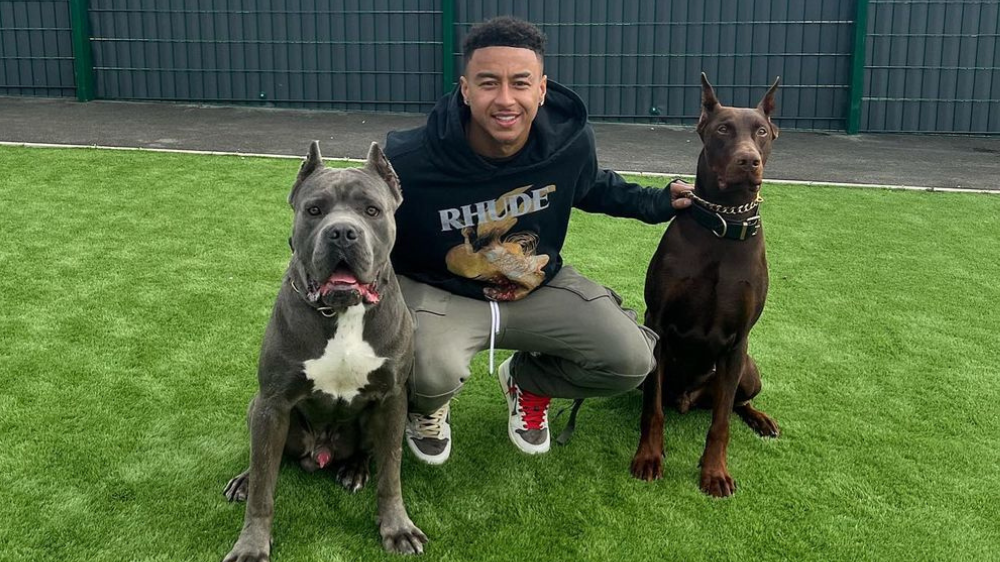 English footballer Jesse Lingard has faced backlash on social media from vets after posting a photo with his “family protection dogs” with cropped ears.

The practice of cropping dogs’ ears has been illegal in the UK since 2006 when the Animal Welfare Act banned the mutilation of dogs except for strict medical exceptions. According to the British Veterinary Association, ear cropping is “an unnecessary, painful mutilation with no welfare benefit. The practice involves cutting off part of the ear flap, often without anesthesia or pain relief. Despite it being illegal to crop dogs’ ears in the UK, it remains legal to import and sell dogs with cropped ears, and it’s not a specific offense to send dogs abroad to be cropped.”

Jesse Lingard thanked the company ChaperoneK9 for his two dogs. The company brands itself as being the “Suppliers of THE Finest Family Protection Dogs around the world.”

Many veterinarians and social media personalities have responded to this post, objecting to his promotion of this kind of mutilation of animals.

Rory Cowlam, a veterinary surgeon at The Neighbourhood Vet in London, said “Jesse, do you understand the issues with these dogs? The reason you’re getting so many negative comments here is because these dogs have been mutilated! Ear cropping is an abhorrent practice, done simply for looks and is an incredibly painful surgical procedure with months of splinting too. I would love you to turn around and use your platform to educate people on why this is wrong, and understand that it is illegal in the uk for a very good reason!”

@cat_the_vet on Instagram commented: “You have a responsibility as a public figure to not support or condone animal cruelty. Which is exactly what you are doing with this post. I am amazed the team around you have let you make such a monumental PR mistake.

Now you have taken on the responsibility for these dogs, don’t abandon them like other ‘celebs’ but you must come out with a public statement and never, ever feature them on your pages again.”

Why this matters:
Lingard and other wealthy footballers certainly have a right to feel safe and keep their families safe from burglary while they are plying their trade. But what has upset so many veterinarians is the promotion by a group of highly public and adored people of what amounts to a gross mutilation of animals. Such promotion is only likely to fuel demand for such an aesthetic, and once again, animals are on the receiving end of a welfare hit based on the whim of humans. Objections can and should be raised with the BVA, the company supplying the dogs, and let’s not forget the lawmakers who can make such a practice illegal – aka your local MP. As always, we encourage peaceful protest.

Nature Through the Looking Glass: How Machine Learning Can Let Us See Life Through Our Pets’ Eyes (USA)

Scientists in the US have used machine learning to analyze the neural data of dogs, monitoring their brain activity and reconstructing what they’re looking at. Published in the Journal of Visualized Experiments, the results suggest that dogs are less interested in who or what is carrying out an action: they care more about the actions themselves.

Commenting on the results of the study, Professor Gregory Berns said

“We showed that we can monitor the activity in a dog’s brain while it is watching a video and, to at least a limited degree, reconstruct what it is looking at … The fact that we are able to do that is remarkable … Dogs appear to be less concerned with who or what they are seeing and more concerned with the action itself.”

“It makes perfect sense that dogs’ brains are going to be highly attuned to actions first and foremost… animals have to be very concerned with things happening in their environment to avoid being eaten or to monitor animals they might want to hunt. Action and movement are paramount.”

The study was conducted by researchers at Emory University, showing dogs some recorded videos that were classified in terms of objects (dogs, cars, humans, cats) and actions (sniffing, playing, eating). Two humans were also shown these videos, with machine learning analyzing the brain data of all participants to show what they perceived as most important. The neural net model used could not identify the objects that the dogs saw, but had an accuracy of 75% to 88% when classifying the actions.

Technological developments such as this may have a massive impact on the veterinary industry down the line, as gaining a greater understanding of how animals’ brains work will be essential in providing curated care. Being able to analyze brain data and figure out what an animal is thinking about may enable a greater understanding of animal behavior. The potential applications for which are huge. Ranging from stress reduction to environmental enrichment, bite avoidance, and much more.

The American Veterinary Medical Foundation (AVMF) has announced, in the wake of the destruction caused by Hurricane Fiona, that it has provided $15,000 to Puerto Rico to help with the response. This will provide support to the veterinarians providing care in the area to aid in the emergency response.

“As a resident of Puerto Rico, I welcome any contribution to AVMF that can help those affected by Hurricane Fiona,” said the chair of the foundation, Jose Arcé, DVM, a practicing veterinarian in San Juan. “We are working closely with the Puerto Rico Veterinary Medical Association in providing aid to the areas most affected by the massive flooding that occurred.”

Whilst there is a large impact on the residents and infrastructure of Puerto Rico, the AVMF has reported that pets and animals are also suffering as a result of the hurricane, with many injured, lost, or in need of veterinary attention.

The impact of this hurricane on the residents of Puerto Rico and the animals in the region cannot be understated. Veterinarians being provided with such support in assisting with the relief efforts shows that animal welfare is a priority and that the veterinary profession is valuable in contributing to both the big disasters and the smaller ones we may face at home.

Hurricanes have caused severe devastation as of late, with Hurricane Ian currently rampaging across Florida and heading north, submerging streets in water and causing power cuts and loss of life. With climate change only becoming more and more prevalent, the effects and frequency of hurricanes will result in harsher conditions for longer amounts of time. This will continue to challenge the well-being of humans and pets, as well as the ability of veterinary professionals in affected areas to practice.

Have Your Say on Equine Welfare (Australia)

In February 2021, the Animal Welfare Task Group (AWTG) carried out a consultation to get feedback on proposed changes to the standards and guidelines surrounding horse welfare during land transport. They are now asking those who are vital stakeholders (horse owners, livestock transporters, and other interested stakeholders) to provide their views on the three policy options found in the consultation regulatory impact statement (CRIS).

The three options provided are:

“Option 1 – Status Quo. This option would result in the current standards and guidelines being maintained without any change or intervention by governments, including without any additional education or engagement.

Option 3 – Regulatory approach. This option would result in the adoption of a package of amendments to the current standards and guidelines. Implementation would include the adoption of the revised and new standards through amendments to state and territory animal welfare legislation. Education and promotion of the standards and guidelines by the government would complement this option.”

The full article can be found here, where you can also find download links for the CRIS and a submission form. Alternatively, feedback can be sent to the following address: “Manager, Animal Welfare Program, Department of Agriculture and Fisheries, GPO Box 46, Brisbane QLD 4001”.

The Morris Animal Foundation announced that it is accepting applications for its Veterinary Student Scholar (VSS) program. The program awards funding up to $5,500 per student. To be selected the students must attend government-recognized veterinary medicine schools that allow graduates to practice veterinary medicine in the country.

The foundation states that “The Morris Animal Foundation Veterinary Student Scholar (VSS) program is a competitive program that provides veterinary students the opportunity to become involved in mentored research that advances the health and/or welfare of dogs, cats, horses or wildlife.”

The criteria for entering can be found here.

In their official article detailing this program, the Morris Animal Foundation says that “The program aligns with the Foundation’s commitment to training the next generation of veterinary researchers. Each institution is encouraged to select and submit the strongest student project based on scientific merit, potential animal health impact and opportunity for the student scholar to develop veterinary research skills. All proposals must adhere to Morris Animal Foundation’s guidelines and mission.”

Participating in research of this nature, in addition to just being a great learning experience, will put those selected students in a great position for career development down the line. 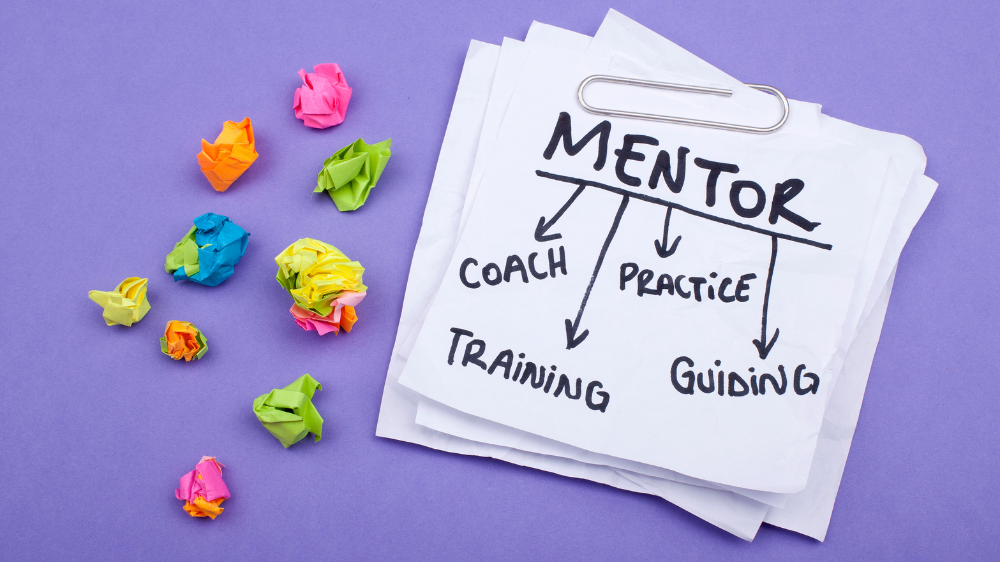 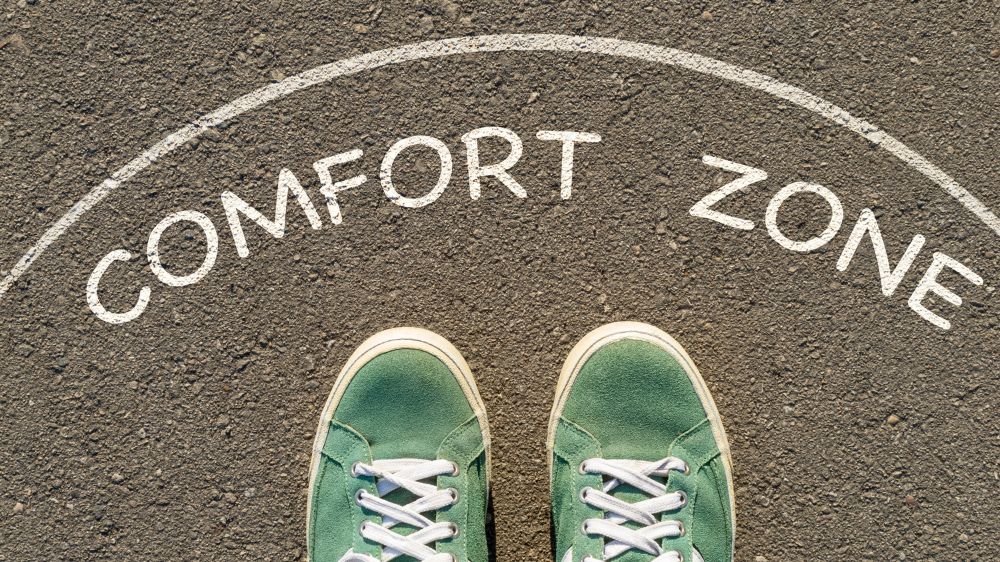 Starting Salaries On The Rise, Student Debt On The Fall (USA) According to the results of…

Escaping Afghanistan: Life As A Female Veterinarian Following the hasty withdrawal of US-led coalition troops from…