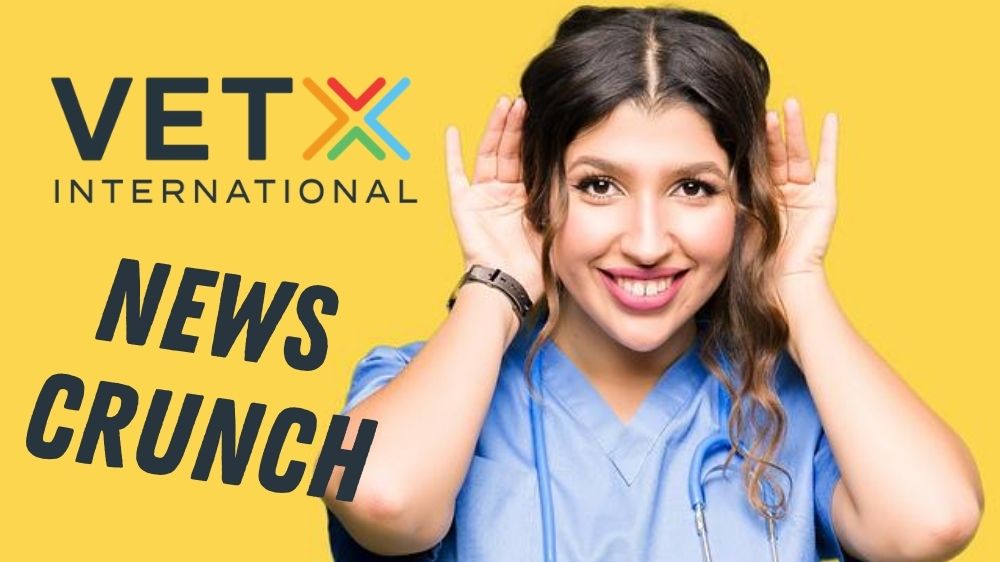 The ‘Race Around the World’ campaign has been set up by Not One More Vet (NOMV) and is sponsored by Zoetis. Taking place from September 1st to November 10th, the campaign invites veterinarians and supporters of the animal health community to participate in an online virtual race.

The fundraiser aims to accumulate a total of 25,000 miles (40,000 km), representing the circumference of the earth and illustrating NOMV’s goal to reach veterinary professionals around the world.

The group’s president, Carrie Jurney, DVM, DACVIM said: “When you start to work in the field [of veterinary medicine], you realize there are some harsh realities, including long hours and really emotional situations.”

Throughout the pandemic, veterinarians have been able to provide vital care by prescribing medications virtually instead of having to perform a physical examination.

The RCVS are currently considering whether this will remain the case after lockdown eases, and how it will be possible to revert back to previous methods. Former CVS veterinary director Robert Dawson believes trying to reverse the ruling would be like trying to close Pandora’s box.

He said: “I fear that if the profession learns nothing from the change in how we have worked over the past few months, and the decision is made to reinstate the restrictions on remote prescriptions, it will significantly impact animal welfare in a post‑COVID world, where people will remain nervous to leave their homes and affordable pet care will be increasingly important for pet owners.”

The RCVS commented: “The decision by the RCVS COVID task force to introduce temporary changes to the guidance, to allow veterinary surgeons to prescribe POM-Vs remotely, is under regular review by the task force and the college will keep the profession updated as to the status of the guidance.”

They will be reviewing the decision in September.

A $300,000 fund will award $15,000 a year in debt relief for at least four years, to each of the five veterinarians who commit to working in a rural area or an area with a veterinary shortage in the state of Iowa.

The push for the legislation was led by the Iowa VMA, Iowa State University College of Veterinary Medicine, and several industry partners such as the Iowa Cattleman’s Association and the Iowa Farm Bureau. Iowa joins about 20 states that have similar loan repayment programs for rural and food animal veterinarians. Gov. Kim Reynolds signed the bill into law in June.

Veterinarians who graduated in 2019 and took out loans left school with a mean debt of $183,302, not including undergraduate debt. According to the AVMA, the mean starting salary for veterinarians is $76,633.

Dr. Randy Wheeler, executive director of the Iowa VMA said: “It is about student debt,”… “When students come out of school, the general thinking is that a small-town rural veterinarian is not going to have the salary that a metro small animal veterinarian at a large multi person practice would have.”

The Mind Matters initiative, run by the RCVS, has awarded £40,000 to two research projects, one looking into moral injury and the other at racial discrimination in the veterinary profession.

The first research project, conducted by Professor Neil Greenberg, Dr Dominic Murphy and Dr Victoria Williamson (King’s College London), will investigate the types of moral injuries veterinary professionals might encounter, their prevalence, the perceptions amongst professionals around how these moral injuries come about, and what support is needed when they occur. A moral injury is when you witness, perpetrate or fail to stop an event which conflicts with your moral beliefs.

The second research project, titled ‘Experiences of racism and its impacts on mental wellbeing in Black, Asian and Minority Ethnic (BAME) people working and studying in the UK veterinary profession’, is being conducted by the Royal Veterinary College and British Veterinary Ethnicity & Diversity Society.

Professor Susan Dawson, Chair of the Mind Matters Initiative, said: “Though it was a tough decision to choose the recipients of this year’s grants as all the applications were of a high standard, these two stood out because they are investigating two issues that we know are there, but which we don’t yet have the evidence-base for to really determine their prevalence, their impact and how we, as a profession, can tackle them more effectively.

Scam Warning for US Veterinarians

According to the American Association of Veterinary State Boards, scam phone calls are steadily increasing. Scammers are contacting members of the AAVSB, pretending to be state licensing agencies or law enforcement with assertions that they are under investigation or their professional license is in danger of being suspended.

“We just want to get the warning out to all licensees, so they don’t reveal any of their personal information,” AAVSB Executive Director Jim Penrod said.

The Maine Board of Veterinary Medicine commented: “These scammers are contacting licensees in an effort to get licensees to share personal information,” the alert reads. “The scams are likely to vary but they include telling the licensees that the licensing board or other regulator has opened an investigation and their license has been suspended or revoked. The scammer then asks the licensee to share or verify personal information over the phone.”

The Australian bushfires, and the billions of animals affected, has sparked action against climate change for veterinarians in Australia. Distressed by the tremendous loss and with an awareness that time was rapidly running out to make substantial change, Dr Janette Kessels established Veterinarians for Climate Action (VfCA) alongside co-founder Dr Gundi Rhoades.

“The science is clear,” says Dr Kessels. “Humanity has about 10 years to substantially lessen emissions before changes in climate, with cascading impacts and escalating feedback loops, reach a tipping point with little chance of return. It will cause incomprehensible distress to humanity and to the animals we love and need.”

VfCA is a scientific, non-political organisation that is open to vets, veterinary support staff and members of the animal care industries. The organisation was started in November 2019 and already boasts a healthy membership. Their mission is to advocate and achieve climate action within the profession and beyond.

“We want to congratulate government when strong, climate-smart policies are developed,” says Dr Kessels. “And we’ll make public statements when decisions are made that will be harmful to animals through climate change, such as gas and coal expansion. We have a memorandum of understanding with the Australian Veterinary Association to collaborate in raising awareness of changing climate on animal health and welfare. We are currently engaged with over a dozen former chief veterinary officers. We’re working on a Climate Smart program for vet practices, covering areas such as energy, lighting, solar, transport, plastics and recycling.”

A Small Amount of Creativity Goes a Long Way

For those living a fast paced and busy life – good news – just a small amount of creativity can have a positive impact on your wellbeing and emotions.

Even the briefest amount of time spent on a creative hobby such as playing the piano, amateur dramatics, painting, drawing or sculpting can be of benefit. The positive impact on our wellbeing and emotions increases cumulatively as we begin to practice creativity regularly.

Dr Daisy Fancourt, says: “This study is the first to show the cognitive strategies the brain uses to regulate our emotions when we’re taking part in creative activities. While previous studies have shown the strong link between creative activities and emotions, we’ve not been sure about how this has been happening. It is a really exciting finding and we’ll be sharing our data with other researchers across the UK.”